Tsoiotsi Tsogalii’s Fall Fellowship, held November 12-14,  was a weekend quite literally jam-packed with things to do. Simply put, it was impossible to be bored. Though I was only able to visit Cherokee Scout Reservation one night out of the entire weekend event, I had a total blast just getting to bond with numerous Arrowmen whom I’d never even met. As I got out of my car and walked toward the Dining Hall, I was met by Lodge Chief Anthony Mills and Section Vice Chief of Training Calvin Meyers, who gave me a rundown on the evening’s plans: food, fun, and fellowship.

Inside the dining hall was an array of activities unique to any lodge event I’d been to. Immediately to my right was not one but TWO Smash Bros. Ultimate stations set up. According to one Arrowmen, one was for casual players and the second was for tournament play. A little something for everyone. Then, proceeding forward, another gaming station, where none other than Big Buck Hunter, the point-and-shoot hunting game, was in play with a spectating audience. Don’t worry, if video games aren’t your thing, multiple table games were set up for play, including Sorry!, Mafia, and chess. Sitting down to play chess, I was handily mated by my opponent, which was pretty embarrassing but fun nonetheless. Cornhole was also set up for play outside. Later that evening, a great cracker barrel was held, I gave a talk to the lodge about the upcoming Conclave (go register!) and finally a candidate orientation for the election scheduled for the next day.

The fun only continued into Saturday. Morning sessions included Pool Noodle Jousting, a Mini Catapult Competition, and a scavenger hunt with Knight Helmets. Following Lodge elections and a NOAC interest meeting, Calvin led a youth leadership development presentation on Tools for Thinking Creatively, a seminar that focused on gaining an understanding of what creative thinking is and its applications, adding skills and concepts to an Arrowman’s toolbox, and developing a mindset to foster creative thinking. Patch trading, Magic: The Gathering, and basketball were popular options in the evening. Finally, Saturday was closed out with an Awards Banquet/Dinner and a Powwow.

Overall, it seems like Lodge 70 outdid themselves in putting on an event that truly had a little bit of everything for Arrowmen to take part in. Events like these create lasting memories, so kudos to the Tsoiotsi Tsogalii leadership team for making this happen. 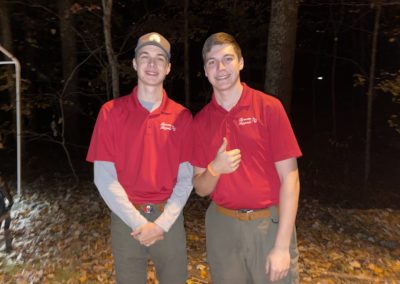 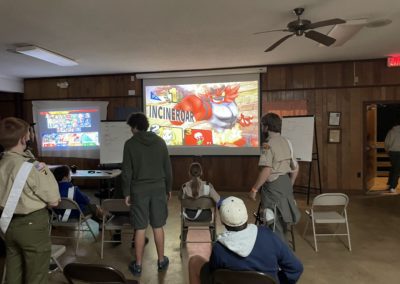 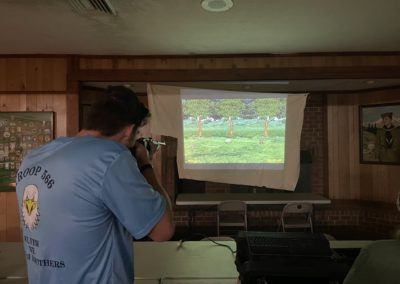 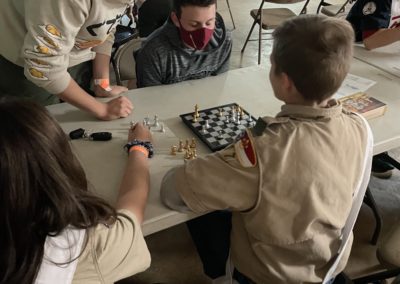 A serious game of chess.