As I arrived at Camp Raven Knob for Wahissa Lodge’s Fall Fellowship, held August 24-26th, my first sight was the giant wave-shaped bouncy house that was inflated outside of the Dining Hall. This was only a glimpse of the events that were held throughout this weekend. Alongside SR-7B Vice Chief of Training Calvin Meyers, I was a representative of the Section, but I also showed up to camp as a member of Wahissa, more specifically, a delegate of the Kola Chapter. Experiencing a Lodge event in this capacity was unique, as I got to relate the event to both the Lodge’s members and its impact on the section as a whole.

Wahissa’s Fall Fellowship is one of pure fun and festivities. Held immediately after their Induction Weekends, it is meant to be a warm welcome to the new Arrowmen that are now full-fledged members. Quest Events between chapters mirror those held between lodges at Conclave, with competitions such as Tug-Of-War, Paddleless Canoe Race, Tent Pitching, and the Donut Run. The reason I specifically emphasize this one is because it was a contest of my own involvement. Competing for Kola Chapter, my task was to eat 6 donuts as fast as I could, then run to a designated part of camp and back. I learned that I was not as good of a speed eater as I thought, and I cannot confirm nor deny that those donuts remained in my stomach after the conclusion of the race.

At lunch, Calvin and I delivered a presentation on the upcoming 2022 SR-7B Conclave. With only a matter of time until Conclave preregistration opens, The Fire Of A New Day is already being lit to prepare for one of Scouting’s largest events. The afternoon continued with Chapter Jeopardy, Frisbee, a patch auctions, and the Lodge’s Annual Business Meeting, where new officers were elected. After dinner, a memorial service was held to honor those Arrowmen who had passed away through the 2020-2021 season. Later into the night, a cracker barrel prepared by the Wahissa Cook Crew, chapter campsite fellowships, and a Lodge-wide Lip Sync Battle closed out the eventful day.

Though I admit that I personally am partial toward events held by my home lodge, Calvin and I both sincerely enjoyed the hospitality and brotherhood from the lodge and chapters alike. We are excited to see what our other member lodges have in store for the fall! 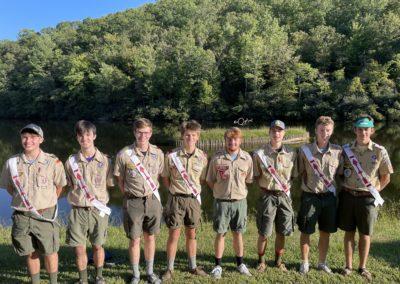 Calvin and Landon with Lodge Leadership 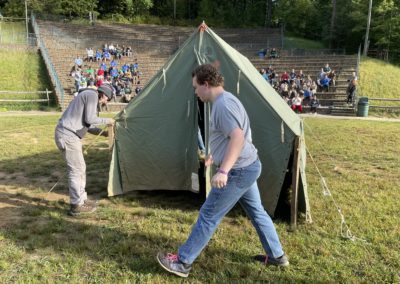 Kola Chapter races to pitch a standard canvas tent as fast as possible. 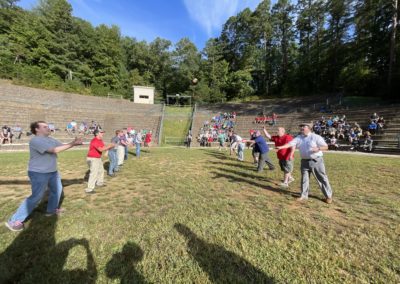 Chapter Chief/Advisor teams face off in the Spam Toss. 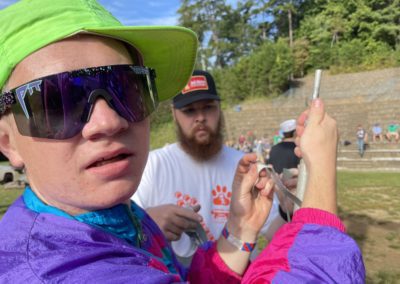